Trying on the mystery of the big trigram reasoning quite doubtful, its formulas among the “greedy wolf invariably shipped”, according to the ancient meaning greedy wolf who, for the angry where the upper and lower hexagrams unchanged, how to get angry that, “Look at the golden dragons, sub-check the blood to identify the dragon,” Eight Pure Gua from top to bottom, the opposite is angry place, so by the Eight House also when the rest can not move, but it should have a primitive for the Kyrgyzstan, so eight pure Immobile side is conclusive.

According to seek the mother of the hexagrams and its corresponding reason, the conversion: 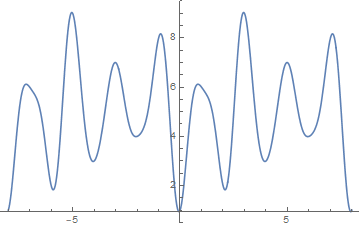 According to the map of its function, we can know that 1、3、7、9 is the peak and 0、2、4、6、8 is the valley. Therefore, the so-called confounding people, must be odd in the odd match, even with the occasion, more one three, seven nine, two four, six eight match.

Peak and peak distribution, Valley and Valley into, this is also through the wave superimposed that stack, to stack their efforts, the largest amplitude and the strongest who, when the peak is stacked, nine and seven, nine in three, Seven in eight, so with thirty-eight to Haruki.

And zero and two are also good, but this zero escape, the Yuan Yun travel around, so use its zero, will be accompanied by two thousand six hundred sixty-eight, the so-called two, that is, the giant gate also.

Greedy Wolf angry with the zero, covered with zero use also, but the giant door does not move, so vertical take greedy cross zero, so that is also equipped with.

Therefore, the giants of the gas multiplied by the zero God, all possible, non-restraint in the words of zero water god.

Also known as Xuan Kong Diao Guji good and bad without justification, Kyrgyzstan Ji also Kyrgyzstan, when the fierce fierce, this reason in the map can be card, but the wave of overlay, but the force of victory, good and bad, so often with the Yuan Yun Nana Wang Gas to school Ji.

More that zero positive reminder, according to five, and one four two three, fifteen and six nine with seven eight, this is the convergence of fierce.

Therefore, there is no place for resentment, but scholars are unknown, so that good and bad are also difficult.

Again robbery, nine in the three, three that is Bute Star, that is, greedy wolf, but the fire and water dedicated to the best of their own.